Remember when.. we used cheat and guide books? [Pt1] 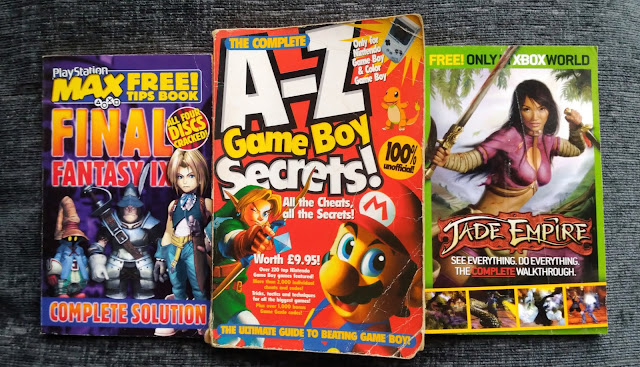 I've been going through some of my old game memorabilia and as is to be expected, I'm all nostalgic.

As a result, this is the first in what may be a short series of posts looking at some stuff which has been buried in drawers and boxes for who knows how long.
Hopefully, it may stir some pleasant memories for you as it has for me, and if so - please do comment below! I'd love to hear your thoughts and opinions.
In this thrilling installment of "sifting through my old tat" I present to you: cheat books and guide books.
It struck me in the not too distant past that these must be more or less obsolete for the majority of people now because, lets face it, who would want to thumb through a book looking for answers when you can get them in an instant somewhere like Google or Youtube?
There are of course lengthy and glossy official game guides available for many titles, but the little volumes of concentrated wisdom I'm referring to here often came free with gaming ma…
Post a Comment
Read more 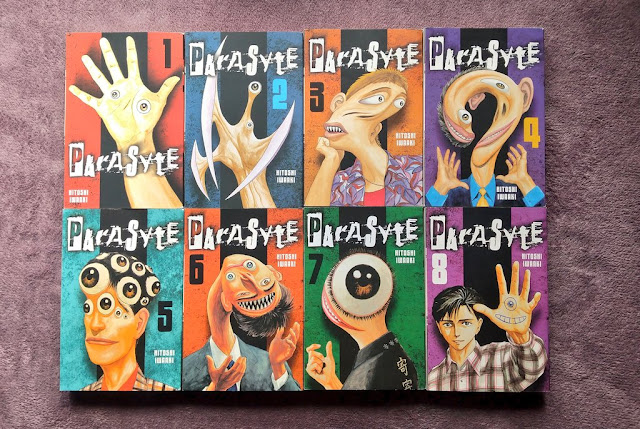 I'd heard a lot of good things about Parasyte and I always like a bit of horror/body horror, so I picked up the manga recently.

Illustrated and written by Hitoshi Iwaaki, it tells the tale of Shinichi Izumi, a student whose life is totally changed when he becomes infected by an alien entity.

The creature, which takes on the name Migi, makes itself at home in his arm.

Soon Shinichi and Migi are thrust into a series of dangerous situations as they learn more about one another and how they can work together to defend themselves from other parasites.


If it isn't immediately obvious from the covers of the series' eight volumes, parasites enable infected people to do some quite astonishing things - including weaponizing limbs and body parts, distorting their features, as well as enhancing speed and strength.

How exactly this comes into play in the story (particularly in Shinichi's case) is something I won't spoil, because there are some really creati…
Post a Comment
Read more 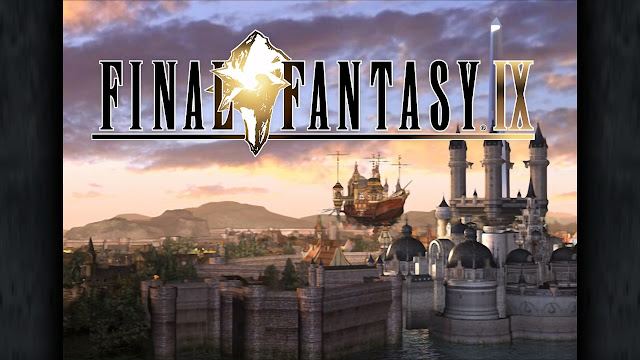 While its predecessor may have been divisive, I think it's fair to say Final Fantasy IX was more or less universally loved.
I've seen it appear in many "best Final Fantasy games" lists, often at the top - and I couldn't agree more.
This is a beautiful game with a lot to say and I thoroughly enjoyed re-playing through it on the Nintendo Switch recently.
Despite its age, I won't delve too deep into plot specifics in case you've not played it (and if you haven't, please do!!)
Final Fantasy IX revolves around a mostly likable cast of characters brought together in the typically unplanned RPG way.

As the game opens, the theater company Tantalus arrives in the great kingdom of Alexandria, as does somewhat shy black mage Vivi, who hopes to catch their production.
Something shady is afoot though, as we discover when Tantalus member and main character Zidane discusses with his comrades plans to kidnap Alexandria's Princess Garnet during the show.
Things d…
Post a Comment
Read more

Back after a break!

Once again, haven't had the momentum to keep up the blog over the past few months for one reason or another.

However I've been playing some good stuff recently - completing some Final Fantasy titles I haven't picked up for a few years, so that's been fun!

I've got some fun looking stuff stashed away too, things I've been saving for a rainy day like Octopath Traveler and Breath of Fire III.

Also been picking up plenty of bargain Switch titles in the sales to try out.

So if I can get myself back into some sort of routine, fingers crossed I should have some more posts coming up soon 😊

Axiom Verge: What a gem! (Switch) 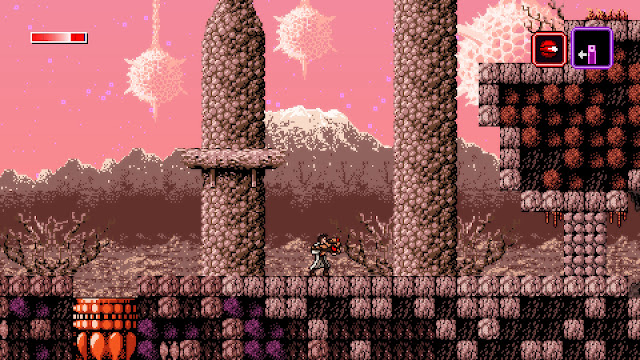 METROIDVANIA is one of my favorite types of games, and I've played a decent number of them by this point.

Not all of them have lived up to the excellence of the two series the genre stemmed from - but many have come close.

I'm pleased to say that in my opinion, Axiom Verge absolutely does.

The game, by Thomas Happ, had been on my list for a long while before I picked it up in a sale just before Christmas.

In the intro, we see a scientist called Trace buried under a mountain of rubble following an explosion in his lab, after which he awakens in a strange alien world with plenty of questions and a voice urging him onward.
Starting as an unarmed, confused fish out of water, Trace quickly becomes a force to be reckoned with as he collects all manner of weapons and abilities in his quest for answers.

So how does Axiom Verge stack up to the greats?

First of all, it feels great. The controls are solid and responsive, plus your many abilities are mapped to the buttons (in my case Swit…
Post a Comment
Read more 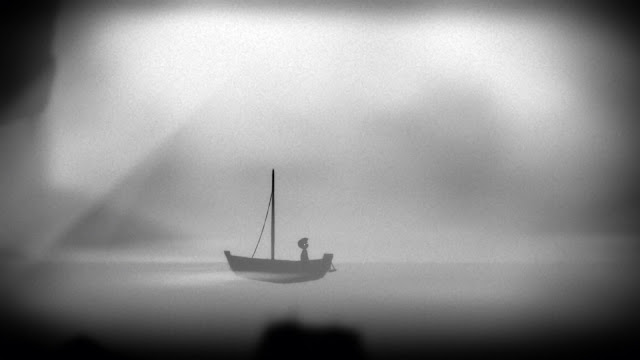 Before 2016's Inside, an emotional rollercoaster of a puzzle platformer, developer Playdead had already crafted a fantastic and atmospheric side-scrolling adventure named Limbo.

I first bought it as part of a three-game pack on the Xbox 360. It came with Trials HD and Splosion Man.

While the other two titles were good, Limbo was the real reason I'd bought it and the reason I kept it.

I now also own it on PS4 and that was the version I played to refresh my memory.

Limbo is instantly recognisable to this day thanks to its somber monochrome art style, which Playdead uses to paint a picture of a bleak and dangerous world.
You take control of a small child and within the first 60 seconds or so Limbo makes clear just how fragile this boy is.

Pretty much everything is lethal in this world and the boy can take only one hit - often perishing in the most brutal of ways.

Like its successor Inside, this game doesn't bury you with plot or reams of background text. You just need to keep…
Post a Comment
Read more 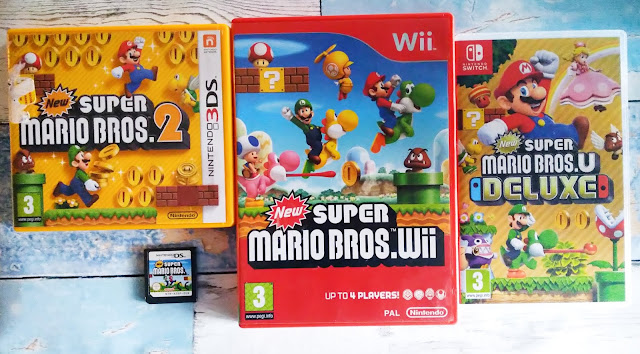 I've yet to play a bad  Mario game, at least in the main set of platforming titles.

In the 3d series things pretty much seem to have become better and better, from the rock-solid foundation on the Nintendo 64 right up to the superb and beautiful Odyssey on the Nintendo Switch.
Each of those games brought something new. Some new mechanic, some new twist which kept evolving and building on the core experience.
However the same can't be said, in my opinion, for the New Super Mario Bros (NSMB) games which began on the Nintendo DS in 2006.

Back then, I excitedly picked up my copy of the first installment (bottom left in the pic below - don't ask where the case got to though) and had a great time with it. It boasted gorgeous visuals and a catchy soundtrack, all while maintaining that classic Mario action.
The mix of old and new, coupled with the portability of the DS, made it made it one of my favorite platformers of that time.
In the years to follow, several more entries in the…
Post a Comment
Read more
More posts